It’s much easier to get ready for bed when you just stay in your pjs all day.

Last night I slept with Joey’s wedding ring on the thumb of my right hand and his medic alert necklace clutched in my left hand. When I woke up it was still there. Normal? No. Understandable? Maybe. Impressed with the muscle definition I have acquired in my left mitt? Definitely.

I am not doing well. I’m quite adept at acting like I’m doing well, but I am struggling. Badly.

Thank you Christa and To & Lo for sending me “Joey stories”. You have no idea how much they meant. They are more precious than gold. I savored them. I waited a while before I opened the envelopes. When I finally did, I dove into the stories hungrily, at first. Then, when I made it part way through the “lake log” entries, I stopped. I flipped ahead to make sure that there were more entries written by Joey and I saved reading them for a week. I didn’t read them until I was having a really crappy time, then I looked at what he had to say. It made me feel better. Reading stuff he has written – notes, log book entries, letters, whatever – make me feel like I’m having a conversation with him. They bring him back to me for a while and make me feel less alone. I miss him so fucking much.

I took the notes that I was sent and put them in the “Joey stories” book that was at his service. In my dream world, this book would be filled with funny Joey stories, comments, and notes; things that will make me feel better when I am feeling really down. If you feel like helping, you can send stuff to me at the following address:

Thanks for all of the love over the years.

And now, the long(ish) awaited report on the California trip.

Our journey started off well, there was much enthusiasm as we set off: 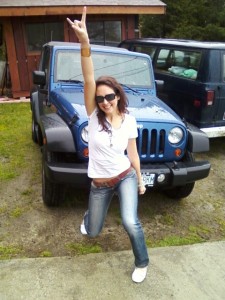 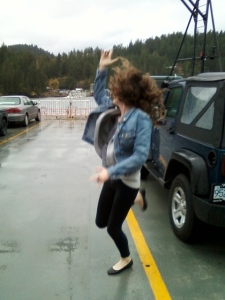 Unfortunately, my enthusiasm was short-lived, as I became violently ill approximately 2 hours into the trip. This resulted in me bailing on my travel buddies, passing out in a hotel in Vancouver overnight, and booking a last minute flight to San Fran. After a good night’s sleep, my enthusiasm returned: 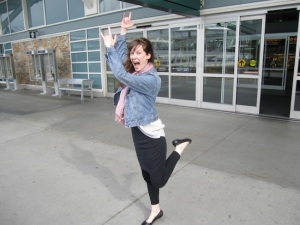 I had a great time with Isabella: 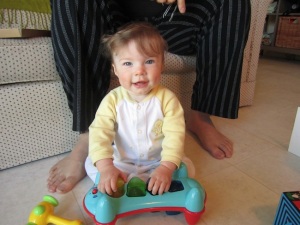 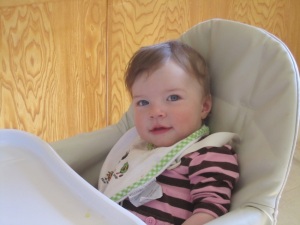 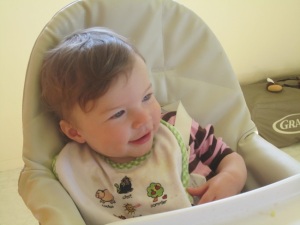 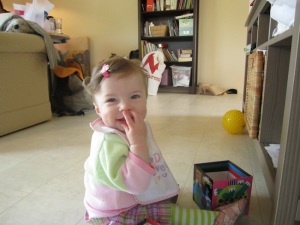 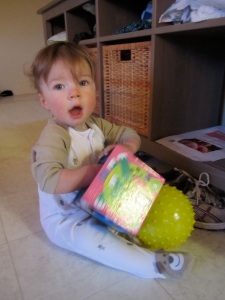 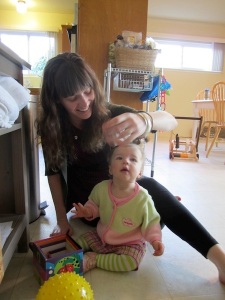 And on girl’s day: 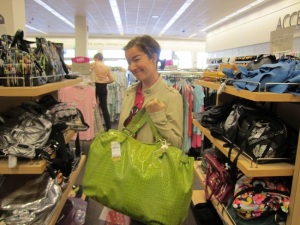 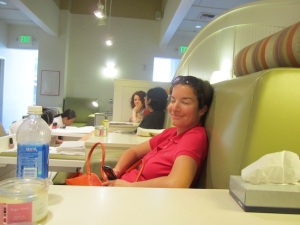 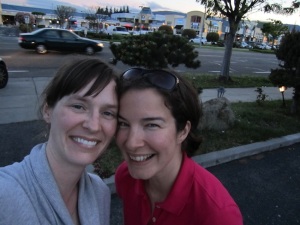 But not in the shower: 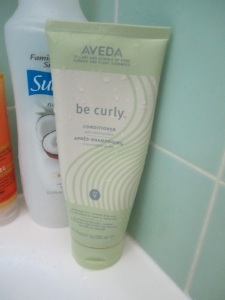 At first glance, it would appear that I should thank my lucky stars for the opportunity to use fancy conditioner. However, upon closer inspection: 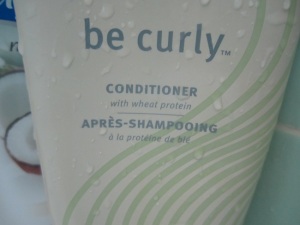 Who the hell makes conditioner out of gluten? (AKA: wheat protein).

I mailed the damn postcards (not available at Target. Don’t expect one unless we argued about it in advance): 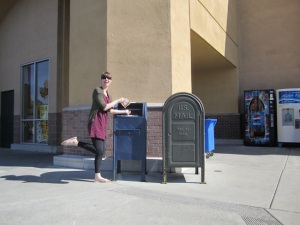 It was fun, but my mini-vacation quickly came to an end and it was time to make the long trek home. The weary travelers reunited in San Fran: 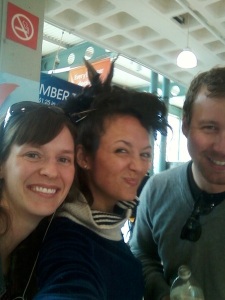 Only to discover that Rebecca had apparently sprouted plumage at Coachella. Lessons learned on the drive home:

twenty seven and a half hours is a long effing time to spend in a jeep, 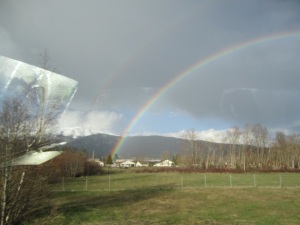 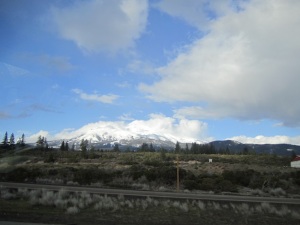 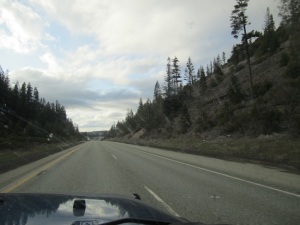 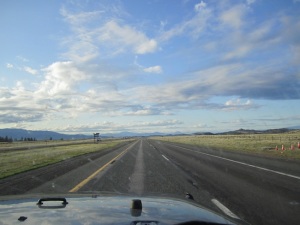 Black Bear’s diner can drum up some tasty home-cooked grub, 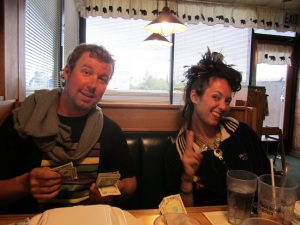 a butt load of $1 bills can make you look like a high-roller, 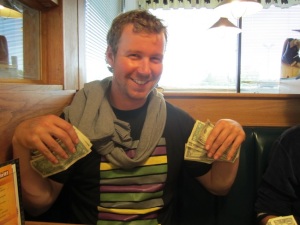 bubble gum can give you hours of entertainment when the sun feels like it’s never going to set, 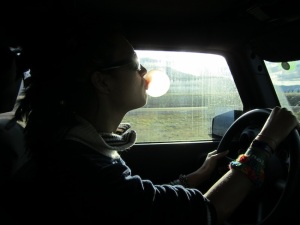 apparently, the states aren’t as conservative as we Canadians think, 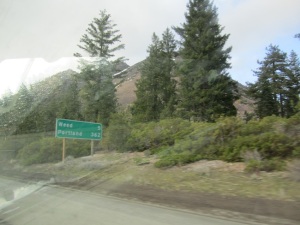 and finally, bringing your gummy worms to a music festival in the desert is not a good idea: 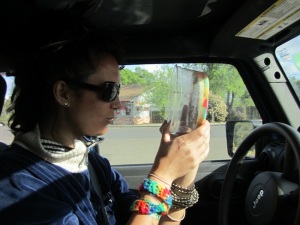 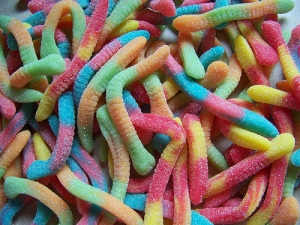 Summary: good trip, good people, good riddance to being in the jeep.

Here’s the link to that article in the Powell River PEAK:

You go Kyle Wells and the rest of the PEAK team! Thanks for helping to raise awareness about the importance of organ donation.

In other news, I started the process of changing my name today. I now will have two names that people can’t spell: Kirstin Whitford. I suspect that this will make me a spikier individual. It’s a strange experience to have people congratulate you and offer you their condolences simultaneously when they figure out who you are. The whole process was actually much, much easier than I thought it would be. Turns out that I have been a Whitford all along (was there ever any doubt?) and that I have the liberty to flip between my two aliases. Just call me Johnny Switchblade.

So why the change now? Before I had Joey to connect me to the family; things have obviously changed in that respect. Now I have a name, the love that was always there, and of course, the dead fly club.

I swear, I will get to the California pics eventually.

Side note: spell check has now taken to pointing out that both my first and last name are spelled incorrectly. Hur-fucking-ray.

Today I learned that a twenty-four and a half hour car ride with a stranger and a bird woman who is partially covered in silver body paint does not create optimal conditions for mental health when you are going on little to no sleep. That said, Rebecca, Reid, and I had a good drive back from California and I had a fun visit with Jill, Michael, and Isabella (more on that later).

As usual, I am all over the map emotionally upon my arrival back in Powell River and am having a crappy night. Hope to fall asleep soon. That’s right. At 7:30 pm. I’m taking a page out of Isabella’s book.

April 17-23rd is National Organ and Tissue Donor Awareness Week. Check to see if you are a registered organ donor at: www.transplant.bc.ca (all you need is your care card number. As you may or may not know, many people in BC think they are registered when they actually aren’t. Please check your status and talk to your family about your wishes). The Powell River PEAK was good enough to talk to me about Joey and do a story about Organ Donor Awareness week. I’ll post the link to the article when it’s available online.

And now I’m off to bed. Seriously.

After a somewhat eventful journey down, I made it to San Jose to visit Jill and family for a few days. A few people who knew that I was going asked me to send them a postcard. Will do my best, but am not really doing “touristy” things on this trip. In fact, when asked what touristy stuff there was to do around here, the best Jill and I could come up with was to see a Sharks game (they still have a team, right?) or take a trip to Target. We chose the trip to Target. Setting our sights high.

So far, we have managed to drag ourselves to baby boot camp, where Jill managed to pull a muscle in her neck. This has significantly impacted her level of ambition. On the other hand, it has made me feel better because it makes my own lack of ambition less obvious. It has also made my original plan of spending the entire trip curled in a ball crying on the Maysmith family couch more achievable. Go team.

California. Knows how to party. 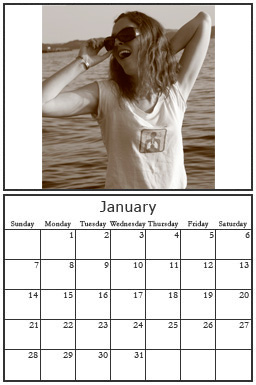 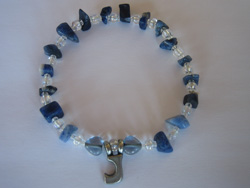